Why I Left Traditional Publishing in Favor of Self-Publishing

Back in 2005, I wrote my first book manuscript for a business startup guide, and I attended a writer’s conference where I had the opportunity to pitch agents. Many requested proposals, and in the months that followed, my mailbox filled with rejection letters. Eventually, one of the agents took the time to call me and he said, “I like what you’re doing, but nobody knows who you are. You need to build an author platform. You need to be out speaking to thousands of people each year.”

The Importance of Your Author Platform

This is what it all boils down to with traditional publishers: Platform. And for good reason. When you have an established audience, book sales are practically guaranteed. Publishers want to hedge their bets on authors who have the highest probability of generating sales.

After that fateful call, I decided I would begin building my platform online. I started blogging before blogging was a thing, and I noticed that the more content I added to my website, the more traffic the site received. I built a mailing list, began selling digital products, and before I knew it, I had an audience.

In the meantime, I decided to self-publish my first book and it sold well. A year later, I wrote my next manuscript and sent proposals to exactly two publishers. I signed a book deal within weeks—all thanks to the platform I had built.

Take IngramSpark's Free Course on How to Build an Author Platform

Navigating the World of Traditional Publishing

I learned a lot from that book deal. First, the contract was over twenty pages long and it might as well have been written in a foreign language. I ultimately hired a publishing expert to help me understand the terms and what I could and couldn’t negotiate (such as wholesale purchase price, turn-around time, and digital rights).

Overall, I had a pretty good experience with that first book. The editor didn’t change a word and though it typically takes most publishers a year to release a title, mine was out within about nine months (still a long time!). I didn’t like the book cover design concepts they produced, but my complaints were ignored, and I was left with a book cover I didn’t care for. I figured if that were the worst of it, it wasn’t that big of a deal.

Within weeks of the release of the book, my editor left the publishing house. I never heard from a replacement editor or anyone there ever again. Nobody checked in to ask how things were going. No book publicity support was offered. I was basically left on my own wondering if anyone at the publishing house even knew my name.

I did the promotion work as I continued to evolve my author platform and the book remained in Amazon’s top ten business marketing books for two solid years. Still, nobody from the publisher’s office ever reached out to me. Instead, I quietly received my royalty checks twice per year.

A year after that book release, I contacted an agent I’d met back at that writer’s conference I had attended in 2005. I shared with her that I had built an author platform and had sold a book on my own. She signed me right away, and we sold two more books over the next two years to different publishers.

Deciding Traditional Publishing No Longer Worked for Me

During the production for the second book we'd sold to a traditional publisher, I received a call from the editor asking me to cut a chapter from the book.

“We don’t care which one, but we need to reduce page count to cut costs.”

I was mortified. How do you choose a chapter when they’re all important? Didn’t the publisher realize that cutting 20 pages from the book would only save pennies?

I had no choice but to comply, and ultimately turned lemons into lemonade. The end of the book featured a hearty Resources section. I cut that and turned it into a free download that readers could access upon registering on my website. (Today, this is a strategy I use in all of my books—offer one or more free downloads as a way to give readers extra value while also building my email list.)

But, removing that chapter left me with an awful feeling. I didn’t like realizing that ultimately the publisher had all the control. Worse, I was doing all the work with book marketing and book publicity, yet they were reaping the rewards.

I earned an average of $1 per book, and sadly, that’s a fairly average royalty earned in traditional publishing. The book advances I received had to be earned back $1 at a time before I ever saw another dime. It was also frustrating to purchase copies of my own books for resale. I knew it only cost the publisher around $2 or $3 to print the books, yet I was forced to purchase them at a wholesale “discount” of 50% off the cover price ($10 each!). I still find it outrageous that publishers profit from the author’s own purchases.

In fact, some publishers put into their contracts that authors MUST commit to purchasing a certain number of copies. One author told me that he received a paltry book advance of $5,000, and was then required to purchase 1,000 copies of his own book upon its release—at a “wholesale” price of $8 each. When you do the math, you see that he actually LOST MONEY on this so-called book deal.

Ultimately, I began questioning whether traditional publishing made sense for me. There was no arguing the math. I earned an average of $1 per book, but self-publishing authors were earning between $4 to $10 per copy, depending on whether the books were sold through retailers or directly.

After much debate, I decided to fire my agent in the nicest way possible (we remain friends today), and I took back control of my own publishing destiny. I’ve since released several additional titles, and I have never for a moment regretted my decision to self-publish.

I maintain all of the control and earn more on each sale—of which I would only receive a fraction if I were with a traditional publishing house. I make the investment up front to ensure the highest quality production, which includes solid editing and book cover designs that I love. I was already doing all the book marketing, but now I no longer have to share the rewards of those efforts.

Does Traditional Publishing Make Sense for You?

While many authors have a goal of getting traditionally published, I encourage you to think long and hard about whether or not this really makes sense for you. It’s a myth that publishers will handle the book marketing—this is incredibly rare. And if you’re doing the work to build your platform and handle all of your book marketing yourself anyway, you can potentially earn a lot more on your own. You can also work with a book distributor to get store placement if that’s important to you, and you can negotiate deals to sell your books in bulk at a much higher profit than you ever could with traditional publishing.

I know many fellow authors who have chosen the self-publishing route for all the same reasons and more. One author, who writes firefighting manuals, told me he has turned down multiple six-figure book advance offers because he couldn’t make the math work. No matter how generous those book advances seemed, the publishers simply could not compete with his per-book earnings on his own.

If traditional publishing has been a goal for you, I encourage you to weigh the pros and cons. Speak with other authors who’ve gone down that path and find out what their experiences have been like. I suspect you’ll hear many similar stories and perhaps you will realize that the benefits of self-publishing can be substantial compared to the other side.

Read More About Letting Go of the Traditional Publishing Dream

Things to Keep in Mind About Traditional Publishing:

Self-publishing vs. traditional publishing was a much better decision for me, but your decision will ultimately depend on your own unique situation. I wish you the best of luck and future publishing success! 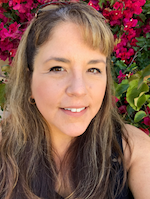 Stephanie Chandler is the author of several books including The Nonfiction Book Marketing Plan: Online and Offline Promotion Strategies to Build Your Audience and Sell More Books. Stephanie is also founder and CEO of the Nonfiction Authors Association, a vibrant educational community for experienced and aspiring writers, and the Nonfiction Writers Conference, an annual event conducted entirely online. A frequent speaker at business events and on the radio, she has been featured in Entrepreneur, BusinessWeek, and Wired magazine.

3 Steps to Building Your Author Brand