How to Write a Good Plot: The Four Cs

Storytelling is not a colour-by-numbers exercise. We want to be original. However, even the most rule-breaking story has certain fundamental patterns. If we understand what they are, we can be outlandish and creative—and still know we’re building a satisfying experience for the reader. What are those patterns?

Essentially, plot is what happens—a sequence of change. Let’s look at the most conventional shape, the straightforward hero journey. This is a clear trajectory with a beginning, middle, and end. A character begins by being confronted with a problem. The trouble escalates and the events play out in chronological order, with many ordeals and rising tensions. There will be several ‘acts’ with twists, turns, and a climax where the worst is confronted. Finally there is a resolution and a new order is created.

What other story forms could there be? Actually, the possibilities are endless. Here are a few.

The Magic Formula: Four Cs of How to Write a Good Plot

So I’ve identified a head-spinning variety of plot types. And I’ve said there are factors they all have in common. What are they? Allow me to present the Four Cs which is one of the concepts in my book Nail Your Novel: Writing Plots With Drama, Depth & Heart.

A plot makes the reader curious. Perhaps the characters are venturing to challenging places. Or something is unstable in their lives. We often hear the term ‘promise of the premise’, or the promise to the reader. This is it: early in the story, there is something that tweaks the reader’s curiosity. They want to know what happens next. Then, the characters get into more trouble, encounter many twists and turns—all of which keep the reader curious.

Stories have crescendos. The situation gets bad, and then much worse. There are times where the trouble reaches a turning point and spins off somewhere new. There may also be triumphs. Everything escalates.

Readers adore stories that have coherent themes and ideas, even if the form is loose. If the writer can make the reader believe everything in the story has a purpose, the novel will look elegant and confident (perhaps that’s another C).

A satisfying plot also gives a feeling of change, a sense of a journey. The action might take us through many locations. The characters might complete a series of challenges. There will also be changes in their understanding—and in the reader’s. As the story progresses, there is a sense that it cannot be undone. Irrevocable things have happened—for instance, a divorce, or a death, or a character has travelled to the Moon.

Curiosity, crescendo, coherence and change. No matter what kind of story you’re navigating, whether you want to follow a well-charted plan or drift with the wind, let the Four Cs be your compass. 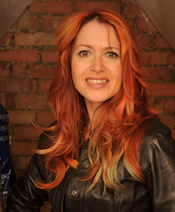