What is a Cozy Mystery and Why is it So Popular?

Cozy mystery (or cosy mystery, in British English) is the gentlest subset of the broad genre of crime writing. As its name suggests, it’s a comfort read that leaves you satisfied and at one with the world, rather than scared to sleep alone with the lights out.

As the author of two cozy mystery series, I’ve enjoyed the various epithets that reviewers have used to describe mine: “rose-tinted crime” and “feel-good murder”. These terms apply to cozies as a whole.

What Makes a Mystery "Cozy"?

The tone of a cozy should be upbeat, optimistic and light-hearted. The setting should be the kind of place that the reader might long to live in or to choose for their vacation:

To Murder or Not to Murder?

That is, if dead bodies feature at all. Most cosy mysteries revolve around murder cases, but not all do. Even then, there aren’t usually enough to fill a hospital mortuary. In some cases, the crime element may be some other kind of law-breaking, such as blackmail, arson, theft or kidnap. Or a murder may be threatened but not carried out, the intended victim rescued at the last minute, thanks to the clever deductions of the sleuth.

The sleuth, by the way, is generally an amateur rather than a professional, otherwise you’re in police procedural territory. Should the main character set up a detective agency, like MC Beaton’s Agatha Raisin and Alexander McCall Smith’s Precious Ramotswe, he or she is usually conspicuously unqualified to do so. Many cozy protagonists fall into sleuthing almost by accident, but then find they have a hidden flair.

How to Please Readers

Readers have further expectations of any book labelled cozy mystery, and if you fall foul of these, you may displease them. These include:

There are optional extras that many readers love so much that Amazon offers some surprisingly precise sub-categories for cozies:

So, write a cozy about a cat-owning chef who loves to hang-glide, and you can claim all three!

Humour is a natural addition to the cozy. One of my favourite reviews reported “a chuckle on every page”, but it doesn’t need to be that frequent. But what humour there is should be kind and gentle, so as not to upset the agreeable tone of the novel. With the right timing, humour can be used to offset the darker parts of the novel. It’s not essential—don’t try to force it if humour doesn’t come naturally to you—but don’t hold back if it does.

Many cozy mystery writers opt for series rather than standalone novels. There is certainly a commercial advantage. You need only advertise the first in series to get read-through of the rest, increasing your return on investment.

If a reader loves your central characters and longs to revisit your idyllic setting, they’ll happily return for more—and so will you. It’s easier to write a new episode with ready-made characters and your setting already thought out than to start a whole new world and cast.

When writing a series, be careful not to overstay your welcome by writing the same book over and over again—an easy mistake to make with a genre that is relatively formulaic. Plan to develop your characters across the arc of the series, as well as within each individual story. Also make sure each book in the series can be read in isolation, as you can’t expect readers to arrive at your books in the order that you wrote them, although one hopes that if they start mid-series, they’ll catch up with earlier books in due course.

Introduce new characters, new features in your setting and different types of crime to add variety and sustain interest—for both the reader and yourself—while giving readers more of what they’ve enjoyed in your previous books.

It’s also worth considering how long a series should run. A common problem is that series start to get tired or implausible after a while. One solution is to write multiple series in parallel, adding a new book to each one in turn. If readers get hooked on one of your series, they’re almost certain to give the other a try. This tactic will prevent you from getting so bored that you’re tempted to bump off your MC, as famously happened to Sir Arthur Conan Doyle with Sherlock Holmes.

Which is, of course, where the cozy mystery began: from the springboard of Conan Doyle’s successful series, which in turn inspired the Golden Age of Crime Writers—Agatha Christie, Dorothy L Sayers, Ngaio Marsh, Margery Allingham et al. So if you decide to write cozy mystery, you’re following a fine tradition in the best of company.

We live with increasing graphic violence, gloom and doom in books, film and TV (Nordic Noir, anyone?), and with news channels bringing ever more horror in real life. The Golden Age writers were at their height in the 1920s and 1930s, such difficult years for the common man on both sides of the Atlantic.

What better refuge could there be from real-world traumas than to escape to an idyllic feel-good world where justice is done, villains are vanquished, and all ends up right with the world? Some may seek out Marvel-style superheroes or the adventures of Harry Potter for a similar vibe, but cozies are a lot more believable.

Having just watched today’s national and international news headlines, I have a feeling the current craze for cozies is going to be with us for some time… 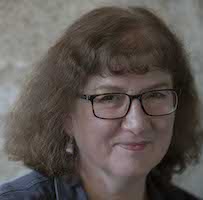 Debbie Young is the UK Ambassador for the Alliance of Independent Authors and the author of fiction and non-fiction. Her Sophie Sayers Village Mysteries series, which currently stands at five novels, begins with Best Murder in Show, and the first in her new Staffroom at St Bride’s series, Secrets at St Bride’s, was published in August 2019. Debbie’s author website is authordebbieyoung.com, and you can find her on Twitter at @DebbieYoungBN and on Facebook at facebook.com/AuthorDebbieYoung. Headshot Credit: Angela Fitch Photography