Why Do Authors Use Pen Names?

Though the days of women selecting masculine pen names for fear of being unable to publish are predominantly past, authors still frequently write under names that are not their own. Why is this?

A simple reason to prefer a pen name is that writers are often an introverted species. Many would rather their public persona stays separate from their personal life because they don’t want to be overwhelmed by attention, or perhaps they’re writing about something sensitive which they’d prefer not be linked to their real identity. In a similar vein, if an author is writing controversial material, they might prefer to remain hidden for the safety of their writing career, day job, and/or their person.

Business, too, can motivate an author to choose a pen name, since the “brand” of an author contributes to how well books sell. A simple example is of an author whose early work was poorly-received, and whose name was associated with the bad book.

Choosing a pseudonym can open the door to new beginnings and new audiences, reimagining the brand into something fresh.

A nom de plume can also help an author jump into new genres, since an author’s genre and their name can become inexorably linked. 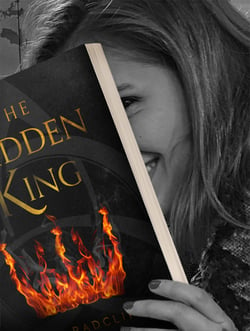 Imagine that a popular writer of children’s books would like to try their hand at adult science fiction. The author’s wee fans likely wouldn’t transfer to sci-fi, and adult readers who favor sci-fi would likely not look for books by a children’s author. To avoid this issue, authors can vary their pen name based upon the demographic they’re targeting. An instance of this (though notably less drastic a shift than from kid-lit to science fiction) is Victoria Schwab, who writes as either Victoria Schwab or V.E. Schwab, depending on whether she’s writing young adult or adult fiction.

For big-name authors, a pen name can offer creative freedom and a release from expectations. J.K. Rowling is a great example—her brand is so strongly associated with young adult fantasy and Harry Potter that she sought the freedom from fan pressure when she branched out into adult fiction under a pen name. Writers are, after all, creative beings, and will often keep on writing even after the bills are paid; when money isn’t an object, highly-successful authors sometimes prefer to write what they want, not what their existing fan base expects.

For some authors, part of their brand is being unknown; the mystery creates buzz and keeps readers interested in their books. These writers, such as Elena Ferrante and Bella Forrest, may go as far as avoiding the use of any identifying information on their social media, website, or author pages; they post no photos, lifestyle bits, or biographical information. This practice defies the conventional advice for new authors, but it can work, especially if the author is experienced… or if the ‘author’ is actually multiple writers sharing a single name.

Independently published authors in particular need to consider the administrative load of using pen names. An author’s decision to write under a single pen name is not significantly more complex than using their real name, though they may wish to separate business from their personal life in banking accounts or mailing addresses. However, if an independent author is weighing the benefits and costs of adding multiple pen names, they should consider their ability to maintain an author platform that supports multiple identities. An author’s brand is forged not only through their writing, but also through their website(s), social media accounts, and public appearances, and juggling multiple names—especially if these names represent multiple public personalities—can quickly grow complex.

Imagine your author life in ten years. Will you be the same writer that you are today? Will you have refined your style, or will you have developed an interest in a new genre? A pen name offers the flexibility for you to be your own character in your life story. 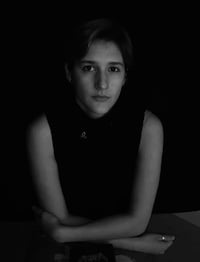 E.G. Radcliff is an incurable writer and lifelong imaginer of worlds. An insatiable reader and researcher with a penchant for all things Celtic and a love of the mysterious and magical, she brings a knowing touch to her Young Adult fiction. She enjoys adventure, reading on the train, and dreams about flying. She is a Chicago native and is based in Illinois. Visit www.egradcliff.com to learn more.

How Much Should My Book Cost? Tips for Pricing Your Book