Crowdfunding for Books: How to Kickstart Your Dream Project

Crowdfunding has become a major source of funding for creative projects since online funding platforms such as Kickstarter began launching around a decade ago. Kickstarter has helped more than 16,000 publishing projects raise over 150 million dollars in the last ten years.

But in addition to raising money, crowdfunding can be an incredible way to connect with a community that will love your book, even before that book is made. Here are a few stories about books people have created with the help of Kickstarter and the backer community.

After spending years pitching his novel to agents and traditional publishers, Sam Hayes decided to self-publish his book, The Weather Man. He told his story in a very funny video:

“I needed to stop searching for validation from an industry that believes our entire generation vanished after reading Holes. I know we still value stories that try to do something different, whether it’s on HBO or Netflix or even in a book.”

He ran a really creative marketing campaign, creating faux street signs derived from the content of his book, which was covered by The LAist, LA Magazine, and The Chicago Tribune. 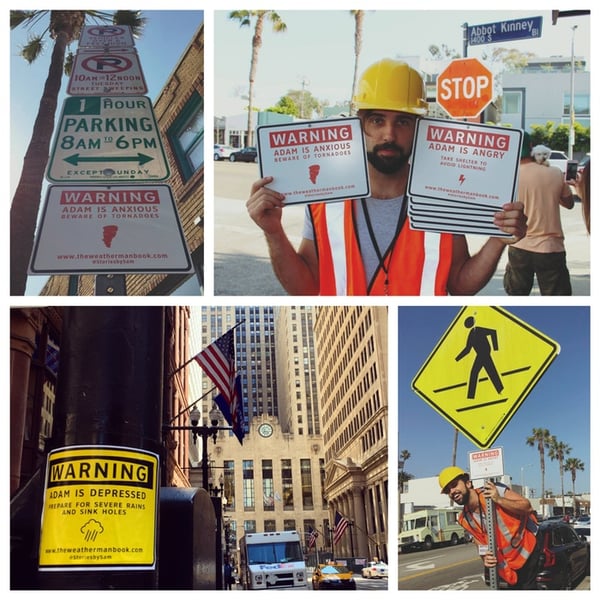 His Kickstarter project raised almost $20,000 from 592 readers, and his book was reviewed extremely well by dozens of readers following its publication.

YA author Kate Milford wanted to tell additional stories set in the world of her traditionally published novel series. She ran two Kickstarter projects to connect with her most passionate readers and fund a small run of beautifully designed and printed novellas.

“My wish with Kickstarter was to find a way to create additional stories and content from within the world--get some of it out of my head, and build interesting bridges between the traditionally pubbed books in the shared world.”

Using Kickstarter let her expand the world she was writing in and publish them as print books in exactly the way she wanted to.

Jerry Zhang’s daughter inspired him to create an amazing story for children.

“One day, my oldest daughter, Madison, told me she didn't want to be Chinese. It happened during a period when she was obsessed with the book characters Madeline and Eloise. She kept asking me why she was Chinese and they weren't, and whether she can have blonde or red hair like they do.”

Jerry couldn’t find any good books about Chinese girls that resonated with his daughter.

“While it's important for children to learn about their cultures through books, it's equally important for Asian children to see themselves represented in books as interesting and smart individuals rather than just products of their cultures.” Jerry ran a Kickstarter project to create a beautifully illustrated kid’s book about Pepper Zhang, a quirky and imaginative Asian girl. 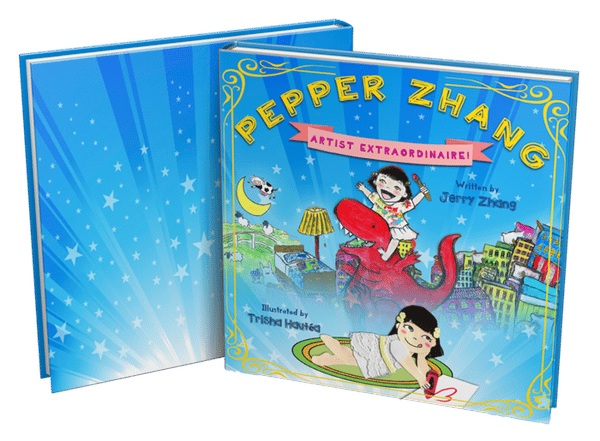 He brought the project to Kickstarter to ask the community to help him raise $5,000 to print 1,000 copies of the book and received an outpouring of support: 775 backers pledged a total of over $30,000 to help him make his dream book a reality for his daughter and hundreds of other kids to enjoy.

How to Use Crowdfunding to Achieve Your Author Goals

Crowdfunding for Books: How to Use Kickstart Your Dream Project

Kickstarter is a storytelling platform, which lets writers and publishers create context around the work they’re publishing for potential readers. In addition to telling your story in words, such as the descriptive copy, author bio, and excerpts, you can use multimedia elements such as photos, videos, even GIFS to show readers what you’re doing. Your Kickstarter page is a flexible space to tell the deeper story around a project and get potential readers and backers excited about it.

A crowdfunding campaign is a great way to connect with your fans, and turn fans into friends. You can provide updates to share behind-the-scenes peeks at your creative process, introduce your collaborators, and more. You can offer unique rewards to create a special experience that your supporters will never forget, such as including their name in the book, or doing custom illustrations for them.

You can also stay connected to backers long after your project is done and you’ve sent their rewards: creators can keep sending backer updates to people who have supported their projects forever.

Connect with a New Audience

Over 2 million people from countries all over the world have backed at least one publishing project on Kickstarter, which can be a great way to gain visibility for your work and find new fans. In addition, running a time-bounded Kickstarter project encourages members of your community and supporters of your work to share the project with friends and on social media to make sure you reach your goal. Your supporters become your advocates and help you connect with new readers.

It can often be challenging for writers and publishers to know who is buying their books and how those readers are finding them. Kickstarter has a robust creator dashboard that provides information about how backers are discovering your project. You can also use custom referral tags to gain even more insight into that question. Knowing more about your readers can help you create a message that resonates with them and reach a wider audience who will love your work.

Kickstarter project funding is “all or nothing” which means that if you don’t hit the goal you set, your project does not fund, and nobody’s credit card is charged. That means that you can use it to see if there’s a big enough audience for something you want to create—such as a beautiful hardcover edition or a box set. If there isn’t, you can spend your time and resources on a project that appeals more to readers.

Fun fact: Kickstarter publishing projects with at least 25 backers reach or exceed their funding goal more than 80% of the time.

Writers and publishers can use crowdfunding to do something a little unusual that will resonate with their community, such as funding an event, a book tour, or a special collaboration. Amy Goldwasser and Peter Arkle ran a campaign to host a black cat-themed launch party at The Strand Book Store, which featured black cat cookies, costumes, and even adoptable black kittens brought in by the SPCA. 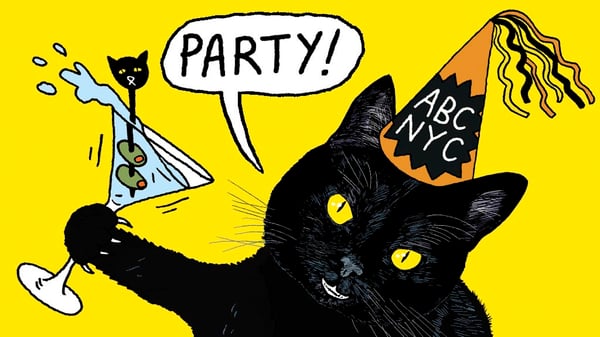 The reading community loves to find something unique, original, groundbreaking, or beautiful and support it so they can watch it take shape in the real world. Numerous publishers have created exquisite books and special editions via Kickstarter that might not have been possible otherwise. And even better, with crowdfunding, publishers find out how many people are ACTUALLY willing to pony up for an expensive book so that they can make educated decisions before printing, and pay their suppliers without going into debt.

I’ve seen the power of crowdfunding firsthand with two books I’ve funded on Kickstarter, where I also work as the Head of Publishing. I’ve helped thousands of publishers and authors run successful projects, and I really believe in the crowdfunding model to help literary folks build excitement around their work and help build their author platform. If this has sparked some ideas about how you can use crowdfunding to raise money and engage readers for your next literary project, you can learn more at the Publishing Creator Central. 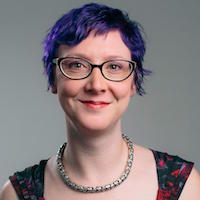 Margot Atwell is the Director of Publishing at Kickstarter and has worked in publishing since 2003. She is also a freelance editor and book reviewer, and has written for publications such as Publishers Weekly and Publishing Perspectives. She is the publisher of Gutpunch Press and author of Derby Life and The Insider’s Guide to Publishing Success.

6 Ways to Jump on Holiday Sales

Marketing Your Book Without Social Media