How to Know When Your Draft is a Manuscript

Ernest Hemingway once offered, “The first draft of anything is sh!t.” In his posthumous 1984 memoir, With Hemingway: A Year in Key West and Cuba, Arnold Samuelson shares his experiences working as a deckhand on Hemingway’s fishing boat for ten months in 1934. During their sea-faring adventure, Hemingway offered Samuelson, then a nineteen-year-old struggling writer, the following advice:

Don’t get discouraged because there’s a lot of mechanical work to writing. There is, and you can’t get out of it. I rewrote the first part of A Farewell to Arms at least fifty times. You’ve got to work it over…. When you first start to write you get all the kick and the reader gets none, but after you learn to work it’s your object to convey everything to the reader so that he remembers it not as a story he had read but something that happened to himself.

Generally speaking, once you’ve finished writing your first draft, it’s a good idea to put thought to your writing voice and your story’s structure. Though it is something you will hone, your voice should feel natural. In considering it, ask yourself: Do I tell the story from a set point of view (POV)? In sticking to and serving your story’s point of view, edit within the same constructs of the voice and style you wrote.

Next, think about structure. Think about your story’s plot and subplots. If you used an outline, did you follow it? Did you get your characters where you intended? Some writers coach that before you begin you should know where your story ends. I don’t prescribe to this. As I move beyond ideation to creation, I use an outline, but go where my characters take me. No matter what your approach is, before you consider your first draft a manuscript, make sure there aren’t any loose ends.

While many writers do, I don’t write an entire first draft before I begin editing. I edit along the way. Writers have distinct voices, and they have their own way. So, while there aren’t any hard-fast rules, what follows is a solid start to building confidence that your first draft is ready for an agent, editor, or potential publisher.

After you accomplish everything on this list, your manuscript will, undoubtedly, be different than its first incarnation. Your first draft might even embarrass you. That’s okay. In her book, Bird by Bird: Some Instructions on Writing and Life, Anne Lamott, mollifies us. She writes, “You’re allowed to produce crappy first drafts, because no one will see it, but you.” 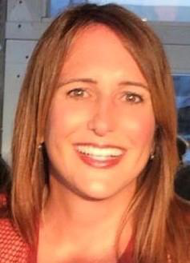