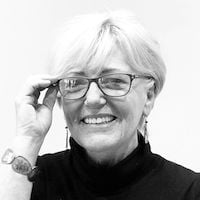 A Note from the Director of IngramSpark: "The Times They Are a-Changin’"

This immortal anthem written in 1964 by Bob Dylan at the height of the civil rights movement in the U.S. has been dancing around in my head of late. When I looked up the lyrics, I had forgotten that the second verse specifically calls on writers to not miss this chance. Dylan himself later said, “This is definitely a song with a purpose…I knew exactly what I wanted to say and who I wanted to say it to.” Even though our current time is more than a half century later, I think Dylan’s call to writers to lift, inspire, and to tell the human story is even more important today.

END_OF_DOCUMENT_TOKEN_TO_BE_REPLACED

Self-Publishing Trends 2020: A Look Back and Ahead

I’m sitting here in my kitchen window on a January snowy day in New Mexico thinking about all the possibilities ahead in 2020. With this new year just dawning, it’s a perfect time to take inventory of what's happening in the world of self-publishing. Here’s a review of self-publishing trends in 2019 and what I see happening in 2020.

END_OF_DOCUMENT_TOKEN_TO_BE_REPLACED

A Letter from the Director of IngramSpark

2019 was another fantastic year for IngramSpark authors. We have so much to look back fondly on in 2019, including a successful IngramSpark Day and a brand new look for www.ingramspark.com. I don’t know about you, but I’m ready to launch wholeheartedly into the new year!

END_OF_DOCUMENT_TOKEN_TO_BE_REPLACED

The beginning of any year presents a unique opportunity to combine reflection with forward thinking, and 2019 is no exception. Whether you're beginning a new novel, writing a book marketing plan for an existing book, or working on any aspect of your self-publishing journey, now is the time to examine the self-publishing landscape at the conclusion of 2018 and prepare accordingly for 2019. So, what’s ahead for the self-publishing world in 2019? Here are my insights into trending book publishing topics for the New Year:

END_OF_DOCUMENT_TOKEN_TO_BE_REPLACED

The author and publishing world has been abuzz with the recent news from Amazon that its CreateSpace print-on-demand business has now been folded into its Kindle Direct Publishing program that launched officially a few years ago. Whether or not this action will be a positive move for authors will inevitably be seen in time. But today, IngramSpark client support is blowing up more than usual with questions from authors asking us what it all means. The question we used to get most often was, "What's the difference between IngramSpark vs. CreateSpace?" Now it seems the question will be, "What's the difference between IngramSpark vs. KDP?" So, I will attempt to help clarify with as much information as I have.

END_OF_DOCUMENT_TOKEN_TO_BE_REPLACED

How Indie Authors Can Get Their Books Into Libraries

by Robin Cutler, Director of IngramSpark, originally posted on Bookworks
One of the most frequent questions I get from authors I meet at writing conferences is “How do I get my book into libraries?” So I recently posed this same question to my friend and Ingram colleague Joyce Skokut, Director of Library Collection Development who had just returned from the American Library Association (ALA) annual conference in Orlando. Joyce graciously met with the IngramSpark team to offer some insights and sage advice for indie authors in how best to get their book onto library shelves.