Diversity in Publishing: The Good, The Bad, and How You Can Help Make a Change

For the past few years, diversity in the publishing industry has been quite the hot topic and the inspiration for numerous initiatives and social media campaigns calling out for more representation in books. From #WeNeedDiverseBooks to the #OwnVoices movement, there is overwhelming agreement that we need greater representation and inclusion in the publishing industry.

A quick look at the composition of the workforce and the types of books being produced and it becomes alarmingly apparent why:

It’s no secret that the publishing industry is predominantly white and we have the statistics to prove it, but progress towards a more inclusive literary culture has been slow.

So what’s the big deal and why should you care?

Diverse books aren’t just for the diverse. They are for all of us. Books are more powerful than just a bunch of words. They can help build bridges of cultural understanding, promote tolerance, normalize identities unlike our own, and allow people to develop an appreciation for the cultures of others.

Despite the statistics, there is good news and there is bad news.

One of the pretty princesses I met at the @naturalhairshow ! A lot of kids are really shy when they meet me but this cutie had so much personality! 🥰 #imaprettyprincess

Diverse authors now have the ability to write and publish stories that readers want but traditional publishers won’t invest in because they don’t think they have mass market appeal.

Growing up as a child in the 80s, I was an avid reader. I grew up reading books like Nancy Drew, Judy Blume, and the Babysitter’s Club. I remember how hard it was to find books with characters that looked like me. As an adult, I realized how much that hadn’t changed over the years, and I wanted to do something about it. So, when I decided to start self-publishing my books in 2013, I focused on filling the racial diversity gap in the market.

I started my own publishing company because I wanted the freedom to write the books I wanted to see and create them on my own terms. That meant I would need full creative control and that’s something you don’t always get going the traditional publishing route.

By self-publishing, I was able to bring characters to life that were as dark or light brown as I wanted them to be, with full lips and noses, hairstyles like braids and afro puffs, and names like Makayla. It’s that kind of nuance that makes my work both unique and necessary, and why self-publishing was the best choice for me and for other underrepresented authors.

I remember getting teased about all sorts of stuff when I was a kid. It didn’t really bother me because my momma taught me to love myself despite what anyone else says so even as a child, I was unbothered. I do, however, remember begging my mom for my first perm when I was 14 because I was tired of having big hair (i.e hotcombed hair that was poofy at the roots cuz this Atlanta heat wouldn’t let me be great). Having said that, I wanted to write a book that celebrated two black children, a girl and a boy, who love themselves just the way they naturally are. I polled my Facebook followers (search for Author Crystal Swain-Bates to join the club...) to find out what their kids get teased about. My book “Naturally Me” was the result. Here’s a peek inside... “My chocolate candy coated skin The tiny dimple in my chin This nose, these lips, this hair of mine Belong to me and that’s just fine!” Shoutout to @snapped360photos for working her magic with the camera 📷!!

While it has become clear that there is a hungry audience for my books, one major challenge I’ve experienced is the misconception that my books are only for black children. This is due to the ill-posed belief that so-called “diversity books” can only be enjoyed by readers of the same race. For example, when a white character is the star of a children’s book, it’s universally accepted and deemed appropriate for children of all races. But when a black character is the star of the book, it’s considered to only be appropriate for black children.

Yes, I create stories that feature black characters, but that doesn’t mean someone who’s not black can’t learn from or appreciate those characters. It’s important for all children to read books featuring diverse characters because it challenges them to look outside their own personal experiences and their personal appearance.

It’s a shame that in 2019, you still have kids who rarely see themselves depicted in the stories they read. This invisibility can be quite damaging as kids read books and wonder why they aren’t good enough or important enough to have stories written about them.

Despite the rise of self-publishing as a way to circumvent the publishing gatekeepers, the bad news is that the work isn't finished once a book is published. There is still the matter of reviews, distribution, and acquisition. In other words, while self-publishing has opened doors for more diverse books to be published, those books can’t be successfully sold without distribution. So, we are still at the mercy of the people making the purchasing decisions at bookstores, libraries, and beyond—and if they aren’t committed to building a diverse catalog of books that everyone can enjoy, the books won’t be sold, whether self-published or not.

As the industry stands, we are still limited to the books that the publishing gatekeepers deem appropriate for the market and one primary group’s voices and viewpoints currently make up the majority of the books on the market, at the exclusion of other less heard voices.

Diversity is a part of everyday life and our books should reflect that. Until real strides are made in the publishing industry, we are all being denied the opportunity to access unique, authentic, culturally-rich perspectives through literature and that’s a real tragedy for everyone.

How We Can Make the Publishing Industry More Diverse

Moving forward, I recommend that we collectively take the following steps to make greater strides towards diversity in the publishing industry:

First, having books sectioned off in this way gives shoppers the perception that those books are only of interest to black readers. It perpetuates the false notion that white readers only want to read about other white people, and while that is not the case, the current shelving practices make it hard to find alternatives.

Second, by keeping these books in their own little section, it limits the number of non-black readers who ever see the books, which impacts the sales, visibility, and overall success of the book. Think about it. Outside of Black History Month, how often have you personally perused the African-American book section of your local bookstore? If your answer is never, that proves my point. Unless you are intentional about finding that section of the bookstore, you likely won’t come across it by chance, and as a result, those books never get seen by the majority of shoppers.

Finally, this leads bookstores to believe that low sales for the title are because there is no audience for the book when in reality, it’s just really hard to sell a book when it’s only marketed to 12% of the population. Imagine how this perception impacts the owner’s willingness to purchase diverse books in the future.

As you can see, whether you are a parent, educator, publisher, retailer, or just a lover of literature, you can play a role in fostering a more inclusive publishing industry that reflects our increasingly diverse society.

There’s no better time than now. 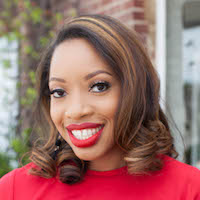 Celebrated children's book author, Crystal Swain-Bates, was fed up with the lack of black children's books on the market, so she founded Goldest Karat Publishing in order to address the lack of diversity in children's literature. With over 100,000 books sold, her children’s books have been featured in Forbes, CNN, Essence, the Huffington Post, and used as props on television shows. Known as a “Diversity Publishing Pro”, Crystal offers done-for-you publishing services and courses to authors who want to bring their books to life through self-publishing.

5 New Year's Resolutions Every Author Should Make in 2021