One of the great things about the rise of indie publishing is its accessibility—all it takes is an internet connection for an author to reach the whole world. For many of us, however, it’s easy to get stuck in the day-to-day patterns of our hometown or country—which in my case is Australia—and forget that there’s a big wide world out there. Here are a few reasons why indie authors should be thinking internationally for their book distribution and book promotion.

It’s one of the peculiarities of Amazon that price changes won’t always copy across regions. But many readers outside the US purchase books from their local Amazon store, so if the price is inconsistent you risk losing readers. A little while ago, I was interested in an indie book that was free in the Amazon US store, but when I went to download it in the Amazon Australia store it was still at full price. If you’re running a free or discounted book, you undercut your own promotion if your prices aren’t consistent across all international sites and outlets.

Amazon is still obviously the dominant force in ebooks, but this doesn’t hold true for all markets. Although, according to Author Earnings, Amazon is responsible for 83 per cent of ebooks sold in the US and 87 per cent in the UK, its share is only 60 per cent in Australia and 57 per cent in Canada. In Australia, iBooks is responsible for around 30 per cent of ebook sales, while Kobo accounts for 35 per cent of sales in Canada. The book markets are also very different—Australians, for example, are used to paying higher prices for books, so the market will tolerate books that are slightly more expensive than those in the US or UK. It's important not to limit your book distribution because you never know where your readers may be or where they buy books.

We tend to think of the US and the UK as the main English-speaking markets, but there are also significant English-speaking demographics in the southern hemisphere, including Australia, New Zealand, and South Africa. Many indie authors, however, gear their promotional cycles around northern hemisphere seasons or events. Just before Christmas last year, I saw a callout for a ‘summer at Christmas’ promotion for indie authors, with the aim of ‘promoting summer reads rather than Christmas reads for something a bit different’. But sitting in Australia, where it is summer at Christmas, it came across as a bit tone-deaf.

Thinking beyond your own country also provides the opportunity of capitalising on other countries’ major holidays. Non-US authors can run promotions during Thanksgiving or Halloween, while in Australia, the UK, and Canada, Boxing Day (26 December) is the biggest sale day of the year. If you’ve got a ‘seasonal’ book, you can effectively double your promotion time by thinking a bit wider—for example, if you’ve got a beach read, promote it to your northern hemisphere readers in July and your southern hemisphere ones in January.

The US was where the indie revolution began, so it’s natural that most of us still focus primarily on the American market. But the US ebook market is pretty well saturated now, while ebooks are only just starting to take off in huge emerging markets like India. Although it’s not yet as easy to distribute into these regions as it is into the US, UK, Canada, Australia, and New Zealand, there’s a raft of countries—such as India, Pakistan, Singapore and Malaysia—with large English-speaking populations and growing middle classes where ebooks are slowly gaining a foothold. It doesn’t necessarily need to be your primary focus, but it’s worth starting to think about how you can engage readers in these markets.

As indie authors, we have opportunities to reach international readers that many traditionally published authors could only dream of. And as ebook and print-on-demand technology improves and becomes more widely available worldwide, these will only continue to grow. 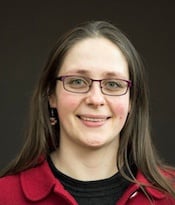 Why Should I Discount My Book?